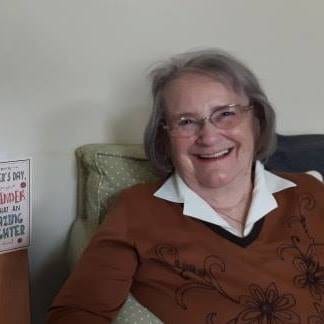 I met Muriel some 8 years ago after she had been diagnosed with Temporal Arteritis. Due to the severity of her condition Muriel had suffered significant sight loss and the steroid treatment for the condition also had a significant impact on her general health.

I helped Muriel with a benefit application as she was no longer able to work and even had to challenge the decision and take the claim to appeal but we won in the end.

Being a strong character Muriel fought back from having carers each day and as her health improved once the treatment had ended, Muriel regained some of her independence. In the last few years, I enjoyed visiting to find her such good spirits.

Muriel is now 82 and recently informed me that she was no longer managing the stairs in the home she privately rented. We discussed her options and even went to look at a flat in Station View. I then helped Muriel complete an application to Accent Housing and she was extremely lucky that 2 flats became available within a short time at Ramsey Park. I accompanied Muriel to look around the flats and as Muriel was regarded as high priority she was offered and accepted a ground floor flat, which came with a small private garden. Muriel was over the moon and the family could not be happier.

Due to the speed that all this happened Muriel had to find money for a gap in her rent until her benefits were adjusted plus money for decorating and carpets. Leaving a house with a fitted kitchen Muriel’s biggest expense was a new cooker so I put forward a request for a grant from the Blind Society for £350 which was accepted.

The generosity of our supporters ensures our services can develop and reach everyone who needs them.

Enter amount or use one of our selections below

Barrow and Districts Society for the Blind is committed to the codes of the independent regulator of charitable fundraising in England, Wales and Northern Ireland.

Our online store is temporally closed due to COVID-19. We are sorry for any inconvenience Dismiss